About the ORS Preclinical Models Section

The section was launched in July 2016 by the section organizers and the ORS. This Section is a natural evolution of discussions held over a number of years between veterinarians and non-veterinarians within the ORS, all of whom use animal models in their research and who struggle with the issues that this work raises. While veterinarians play a key role in providing animal care, developing new models, and helping to set policies that are governed by regulatory authorities; issues of animal welfare and ideal animal models impact scientists of all training.

Orthopaedic research is inherently comparative in its approach. Animal models are used for a vast number of basic, translational, and preclinical studies. A number of regulatory agencies, such as the Food and Drug Administration, the European Medical Device Directive, and the International Standards Organization emphasize the importance of scientific rigor in selecting, designing and executing animal studies, but considerations that may substantially improve research outcomes are often overlooked.

While differences exist in both the stringency and the logistics of national and local regulations that govern animal use in different countries, there is a growing realization that the absence of more uniform guidance regarding animal experimentation is having a negative impact on both data quality and public perception of the way that animal research is conducted. For example, issues of reproducibility in animal experimentation have become an important concern with funding agencies and journals. Another example of these important concerns is the recent NIH mandate to consider the importance of sex/gender in research results.

In conclusion, the use of animals requires greater, standardized rigor to both ensure the health and welfare of the animals as well as to provide the ‘best’ science. 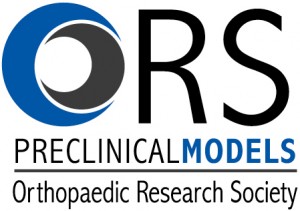