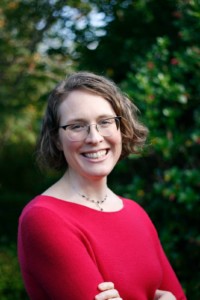 What is your current career stage? With which institutions and departments are you affiliated, and what position(s) do you hold?
I’m Professor of Biomedical Engineering in the School of Mechanical and Materials Engineering at University College Dublin (UCD) in Ireland, and a Senior Fellow of the UCD Conway Institute of Biomolecular and Biomedical Research. I’m also a Visiting Reader at the Department of Bioengineering at Imperial College London (UK) where I was a member of academic staff from 2011-2020.

Who were/are your past scientific mentors?
Sandra Shefelbine (now at Northeastern), who I met at my very first conference in 2004 (in an amazing real-life castle in Ulm, Germany), and who encouraged me to join Imperial College, has been a fantastic mentor to me. I have been lucky to have many other supporters over the years, including many ORS members. I won’t name people because I would be sure to forget someone. But I continue to appreciate the support and encouragement of ORS friends and colleagues.

Can you give us a brief overview of your research?
My research focuses on the role of mechanical forces in prenatal and postnatal development of the bones, joints and spine. The research is contributing to a better understanding of why babies and children suffer from conditions like developmental dysplasia of the hip and metabolic bone disease of prematurity. Our goal is to develop better diagnostic and treatment strategies for such conditions.

How did you get involved in orthopaedic research?
At the age of 11, I had a slipped capital/upper femoral epiphysis (also known as SCFE or SUFE). Due to complications following the surgery, I spent almost two years on crutches- no fun for a tween. I was told then that I’d likely need a hip replacement within ten to fifteen years, but luckily my hip has survived much longer than that. I do have osteoarthritis, and an impressively conical proximal femur, so a hip replacement is inevitable. So my interest in orthopaedic research goes back to the regular visits to the paediatric orthopaedic surgeon, who showed me the x-rays and explained them to me.

How has the ORS supported you?
I have benefitted hugely from being actively involved in the ORS, serving on committees and then the board. How I got involved initially was a bit unusual. At the 2008 annual meeting, I was attending a session for trainees organised by the Membership Committee. The Membership Committee wanted to have an associate member on their committee, but (at the time) only full members could serve. The Membership Committee picked me at random from the attendee list and asked if I would serve as an “ad-hoc” member of the membership committee, which I did for three years. Over that time, the statutes of the ORS were changed so that associate members could serve on committees, and even the Board of Directors. I then had the privilege of being the first associate member to serve as a member-at-large on the Board from 2011–2013. It was an absolutely amazing experience to get to know, and work with, the leadership and staff of the ORS- an experience which I continue to benefit from today.

What is your favorite thing about the ORS?
My favourite thing about ORS is undoubtedly how supportive and collegial its members, staff and community are. I have several collaborations which arose directly from meeting people at the annual meeting or through introductions from the community. I also really like how interdisciplinarity between clinicians, biologists and engineers is inherently built into the ORS.

Why do you believe diversity and inclusion is important?
I love the widely shared cartoon of the kids of different heights trying to watch a baseball game, and the effects of “equality”, “equity”, and “removal of barriers” on the kids’ ability to see the game (it’s on page 17 of this document). The idea of academia as a meritocracy is so embedded in our general psyche that it is an ongoing process (for us all) to be cognisant of the advantages that some of us have which have propelled us, or propelled us faster, to where we are, and, on the flip side, the challenges faced by people of colour- particularly women of colour, and other under-represented people and groups, which have affected their careers because of systemic hurdles and barriers. It can be quite dispiriting to see media and scientific reports on gender and racial equality (for example the recent paper describing how papers authored by women are cited less, especially if both first and senior authors are women doi:10.1001/jamanetworkopen.2021.14509), but at least multiple conversations are being held.

What are your career goals?
My main motivator is that I want to make a difference to the health and wellbeing of babies and children, through improving diagnosis and treatment of musculoskeletal conditions. With my move to UCD I’ve made the decision to focus more on postnatal rather than prenatal skeletal development, because there is a more realistic potential to intervene. It is also important to me to provide trainees with a rewarding and enjoyable time in the research group, and to put them in the best possible position for the next steps in their career.

What are some of the biggest challenges you have faced in your scientific career? (socially, professionally, culturally, scientifically, etc.)
My three little boys are 2, 4 and 6. Having three babies in four years was a privilege, but it has been completely exhausting. All three of them were dreadful sleepers, waking up every two hours for at least the first year. Trying to come up with new ideas for grants was very difficult (for me, almost impossible) when chronically sleep deprived, and other research outputs suffered too. I remember when the first two started sleeping through the night because it coincided with me going away for the ORS meetings- maybe I should have gone away more often!

Any personal interests or hobbies you would like to share?
I’m a huge fan of active travel (walking, cycling) and hope to get involved in advocacy for that when the kids are a bit older. We bring our two smaller boys to créche (daycare) and local trips on a family bike, while the six year old flies along on his own bike.

What personal advice would you give to new investigators starting out in the field?
I think it would have to be to follow your research passion(s), because it’s much easier to keep up motivation if you’re fascinated by what you’re working on. Almost 20 years later, I’m still fascinated by how mechanics affects skeletal development. I would also advise investigators (of any age) to get actively involved with the ORS. Service will take some of your time, but it is a fantastic way to meet people, make links and develop new collaborations.