Congratulations to the following award recipients who were honored during the ORS 2019 Annual Meeting. 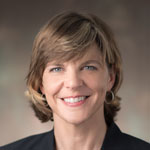 Each year, the ORS Women’s Leadership Forum Award recognizes a woman biologist, clinician, or engineer in our community. In addition to demonstrating leadership and mentorship of colleagues and trainees, the WLF Award recipient has made significant contributions to the understanding of the musculoskeletal system and musculoskeletal diseases and injuries.

Dr. Alliston is a faculty member in the UC Berkeley/UCSF Graduate Program in Bioengineering and the UCSF Graduate Programs in Biomedical Sciences, Oral and Craniofacial Sciences, and Developmental and Stem Cell Biology. She is also affiliated with the Program in Craniofacial Biology and the Eli and Edythe Broad Center for Regenerative Medicine and Stem Cell Research.

Dr. Alliston is co-Director of the Skeletal Biology Core of the NIH P30-supported UCSF Core Center in Musculoskeletal Biology and Medicine. She serves widely as a reviewer for journals and funding agencies, including for the Department of Defense and the NIH. She is also an Editorial Board Member at the Journal of Bone and Mineral Research. 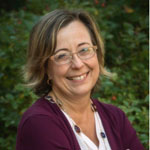 In 2017, we lost a pioneer, mentor and past-president of the ORS. Adele L. Boskey, is perhaps best known for her contributions to the fundamental understanding of biomineralization and bone disorders such as osteoporosis and osteogenesis imperfecta. She inspired and mentored untold numbers of students, residents, post-doctoral fellows, and new investigators. This year, the ORS is pleased to honor her memory by announcing the ORS Adele L. Boskey, PhD Award.

Having received numerous outstanding nominations for the award, the committee had the difficult task of selecting the inaugural recipient of the award. The ORS is honored to announce the recipient of the first Adele L. Boskey, PhD Award, Dawn Elliott.

Dawn Elliott is the Blue and Gold Professor and founding department chair of Biomedical Engineering at the University of Delaware. Her research focus is musculoskeletal biomechanics to study disc, meniscus, and tendon with degeneration, injury and therapy. Her multi-scale approach, from the entire joint-level, to the tissue-scale, and to the micro-scale, integrates mechanical testing, mathematical modeling, and multi-modal imaging. 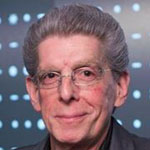 The ORS/OREF Distinguished Investigator Award honors a member of the research community with a long-standing and productive career in orthopaedic research. Candidates for this award will have demonstrated outstanding mentorship of research trainees, service to the professional community and exemplified academic collegiality.

Professor Grodzinsky has published over 320 refereed journal articles and reviews in these fields of research. He has also co-developed two of the core graduate courses in the Biological Engineering PhD program at MIT, and published the textbook Fields, Forces and Flows in Biological Systems related to these subjects.  He was Chair of the BE Graduate Program for 10 years, and was co-developer of MIT’s first interdepartmental minor, that in Biomedical Engineering. 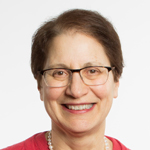 A distinguished leader in the field, Dr. Urist’s studies on bone induction and the identification of bone morphogenetic protein, or BMP, revolutionized orthopaedic medicine by helping to establish the newly emerging field of orthopaedic growth factor research. Created in 1996, the Marshall R. Urist, MD Award honors an investigator who has established him/herself as a cutting-edge researcher in tissue regeneration research.

The recipient of this year’s award is Dr. Rita Kandel. Dr. Kandel is the Chair of the Department of Laboratory Medicine and Pathobiology at the University of Toronto and Chief of Department of Pathology and Laboratory Medicine at Sinai Health System. Her research has focused on utilizing regenerative medicine approaches to develop treatments for intervertebral disc degeneration and joint disease.

Dr. Kandel has published over 240 papers and multiple book chapters. Among other honors and awards, she is a Fellow of the Canadian Academy of Health Sciences. She has been an abstract reviewer for ORS for many years and served as a topic chair, and as a member of the Editorial Board of JOR. 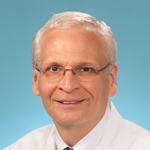 In his presidential address delivered at the 1954 Annual Meeting of the American Orthopaedic Association, Alfred R. Shands, Jr., stated: “We of this generation should be doing as our forefathers did for us; we should be sowing the seed to bring forth the harvest of the future for the oncoming generations.”

Committed to this mission of investing in the future of orthopaedics, Dr. Shands helped found the Orthopaedic Research and Education Foundation. He received his medical degree from the University of Virginia in 1922 and completed his internship and residency training at Johns Hopkins. In 1930, while serving at Duke University School of Medicine, Dr. Shands founded the orthopaedic department and developed the first orthopaedic resident training program. During his last two years with the university he wrote the Handbook of Orthopaedic Surgery.

The ORS honors the legacy of Dr. Shands by presenting the Alfred R. Shands, MD Award to a United States or Canadian citizen who has made significant contributions to the field of orthopaedics. The award recognizes the devotion to furthering knowledge in the fields of musculoskeletal disease.

This year’s recipient is Regis O’Keefe. Dr. O’Keefe is the Chair of the Department of Orthopaedic Surgery at Washington University School of Medicine. He is a an orthopaedic surgeon specializing in musculoskeletal oncology and adult reconstructive surgery of the hip and knee. He has clinical interests in the management of benign and malignant bone and soft (connective) tissue tumors in both children and adults, bone infections, skeletal reconstruction, curettage of bone tumors and allograft procedures, and primary and revision total hip and total knee arthroplasty. 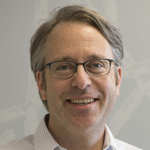 Mentors serve a vital role throughout the careers of researchers. In 2014, the ORS created an award to celebrate the outstanding mentors in our community. The recipient of this year’s ORS Outstanding Achievement in Mentoring Award is Matthew Silva.

Dr. Silva’s lab focuses on skeletal mechanobiology – how bones respond to mechanical forces. Their goals are to better understand the mechanical and molecular factors that regulate loading-induced bone formation, and to evaluate clinically relevant bone anabolic and healing strategies.

Dr. Silva has been an active instructor, and has mentored more than 50 undergraduate students, graduate students, and post-doctoral fellows in his lab, five of whom have gone on to faculty positions and independent research programs. He has been an investigator on more than 30 funded research projects, with continuous funding from the National Institutes of Health since 2001. He has published over 150 peer-reviewed articles in his career, in addition to presenting numerous guest lectures, and is editor of the book Skeletal Aging and Osteoporosis: Biomechanics and Mechanobiology that was published in 2012. 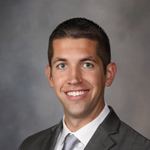 In 2013, the Association of Bone and Joint Surgeons® and the Orthopaedic Research Society announced the joint sponsorship of a new award that would be given to an individual based on the quality and scientific merit of an original paper focusing on a topic of clinical relevance.  The recipient of this year’s CORR ORS Richard A. Brand Award for Outstanding Orthopaedic Research is Cody Wyles.

Dr. Cody Wyles is currently a 3rd year orthopedic surgery resident at the Mayo Clinic in Rochester, Minnesota. He completed medical school and earned a master’s degree in clinical and translational science at Mayo Medical School where he was Valedictorian of his class. Following orthopedic residency, Dr. Wyles hopes to pursue fellowship in adult hip and knee reconstruction as well as hip preservation surgery before establishing an academic practice as a surgeon-scientist.

His primary research interests are in cellular and acellular regenerative therapeutics of bone as well as understanding pathophysiology and natural history of hip disease in young patients. He is an author on 68 publications, with 26 as the first author. He is also the recipient of numerous awards including being the two-time winner of the Knee Society Ranawat Award and a two-time winner of the Hip Society John Charnley Award.