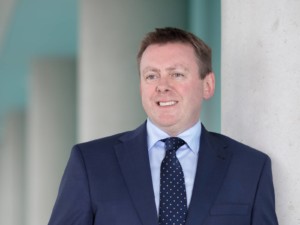 Prof. Fergal O’Brien is Deputy Vice Chancellor for Research & Innovation and Professor of Bioengineering & Regenerative Medicine in RCSI.  He is a leading innovator in advanced biomaterials for tissue repair, has published over 300 articles in leading journals and trained over 50 PhD students to completion.  He is a recipient of numerous prestigious awards including a recent €3million Advanced Grant from the European Research Council and Membership of the Royal Irish Academy.

The Marshall R. Urist, MD Award was created in 1996, and is currently sponsored by the Orthopaedic Research Society.

The nominee must be an ORS member in good standing. The nominee will also be recognized for their and sustained commitment to innovation, collaboration, and mentorship. In non-academic sectors, the recipient will typically demonstrate strong contributions in mentorship, practice, or leadership within appropriate positions in industry or medicine. Self-nominations are not accepted.

Submission package must include:

Selection of the Award Recipient

The selection of the Urist Award recipient will be made by the Awards & Recognition Committee, the ORS President, and additional members as deemed necessary by chair. These individuals are not eligible to be nominated for the award and must remove themselves from award deliberations if they have submitted a letter of support for any of the applicants.

Nominees will be evaluated on the basis of the following criteria, which should be explicitly addressed in the nomination letter:

The award carries a $5,000 prize and a commemorative plaque.  The awardee must be present to accept the award at the ORS Annual Meeting.

Born on June 11, 1914, in Chicago, and reared in a small farm community near Glen, Mich., Marshall R. Urist received his B.S. in chemistry from the University of Michigan, earned his M.S. from the University of Chicago and obtained his medical degree from Johns Hopkins University in 1941. He completed his surgical residency at Johns Hopkins and at Massachusetts General Hospital.Dr. Urist joined the U.S. Army Medical Corps in 1943. In 1946 he was assigned to the Pentagon, Headquarters of the Surgeon General, to write with co-author Mather Cleveland their bookÂ Orthopaedic Surgery in World War II, In the European Theatre of Operations. After leaving the Army, Dr. Urist taught physiology and research at the University of Chicago before joining the UCLA School of Medicine faculty in 1954, a tenure that was to last for 46 years.

Dr. Urist’s pioneering studies on bone induction and the identification of bone morphogenetic protein, or BMP, revolutionized orthopaedic medicine by helping to establish the newly emerging field of orthopaedic growth factor research. The practical implication of this discovery is to allow more rapid bone healing and even replacement of portions of lost bone tissue. With severe fractures and even loss of limited amounts of bone, BMP has the potential of replacing and bridging the defect.

Dr. Urist served as president of several major national orthopaedic associations and societies including the Association of Bone and Joint Surgeons, the Society of International Research in Orthopaedic Surgery and Traumatology, and The Hip Society. For 27 years was editor-in-chief of the journal Clinical Orthopaedics and Related Research. His academic accomplishments and research efforts, supported by numerous grants, resulted in a bibliography of more than 415 publications.

Dr. Urist was a distinguished leader in the field of orthopaedics nationally and internationally for several decades, and as a clinician, scientist, surgeon, writer and editor, his contributions are legendary. Dr. Urist won numerous academic honors, including two Kappa Delta awards, the Claude Bernard Medal, a Simon Guggenheim Fellowship, and the Sir Henry Wellcome Award. In 1977 Urist was named Doctor Medicin, Honoris Causa from the University of Lund, Sweden. His 1965 Science Magazine article on autoinduction was selected by the National Institute of Health Research as a Landmark Contribution to science in 1997. Dr. Urist passed away on February 4, 2001, at the age of 86 years.