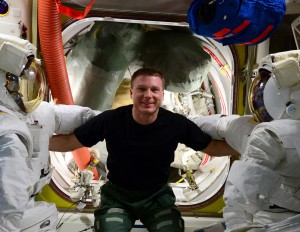 Colonel (ret) Terry Virts served in the US Air Force as a fighter pilot, test pilot, and NASA astronaut. In February 2010, he made his first spaceflight as pilot of the Space Shuttle Endeavor during mission STS-130. His next launch was onboard the Russian Soyuz TMA-15M in November 2014 from Baikonur, Kazakhstan. Most recently, Terry served as commander of the International Space Station during 200 consecutive days in space—one of the longest continuous space missions of any NASA astronaut.

He recently directed his first film, One More Orbit—a full-length documentary chronicling the 2019 mission in which he broke the world record for any aircraft circumnavigating the planet over the North and South poles. Terry also appeared in the 2016 IMAX film A Beautiful Planet, a breathtaking portrait of Earth from space that features stunning footage—much of it shot by Terry while aboard (and outside) the International Space Station—of our magnificent blue planet, and humanity’s impact on it.

Terry has taken more photos from space than any other astronaut. His photography, which provides incredible aerial views of Earth and the vast space that surrounds it, is featured in the National Geographic book View From Above, released in October 2017. His next book, The Art of Space Travel, is due out in the fall of 2020.

Terry is a graduate of the US Air Force Academy, Embry-Riddle Aeronautical University, and Harvard Business School. He is currently traveling the world, inspiring audiences with stories from space as well as his insights into life on earth. As one of only four astronauts to have piloted a Space Shuttle, flown a Russian Soyuz spacecraft, performed space walks, and commanded the ISS, Terry has a unique perspective to share. 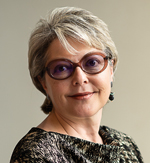 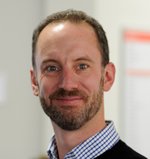 Kinematics of the Knee Joint in Action

The knee is an outstanding musculoskeletal structure that provides strength and flexibility to enable balance and movement, and an understanding of each individual’s joint motion seems to be the key to implant selection and true kinematic alignment in total knee arthroplasty. However, accurate assessment of its movement patterns is challenging: Not only does soft tissue artefact complicate assessment of the underlying skeletal kinematics, but tracking the joint throughout both loaded and unloaded phases of functional movements is extremely difficult.

William (Bill) Taylor is Professor of Movement Biomechanics at ETH Zurich, Switzerland. Through developing medical engineering concepts for evaluating joint stability and stiffness, as well as accurate and robust techniques for assessing motion patterns, his goal is to identify movement pathologies at an early time point, hence allowing therapies to be targeted at the specific individual. In this talk, he will present the group’s tracking dual-plane fluoroscope, which has the potential to revolutionize the assessment of knee pathologies by providing accurate and dynamic access to skeletal movement patterns.

Artificial Intelligence Will Lead to the Obsolescence of Orthopaedic Radiologists

Against the Motion:
Hollis Potter, MD, Hospital for Special Surgery